Regional and sub-regional integration has always been one of the most effective mechanisms for dealing with new international trade challenges. While this integration has been successful in some parts of the world, such as Europe with the European Union (EU), it is not yet universal, particularly in Africa.

A Market of More than One Billion Inhabitants in 2030

According to the UN, the African population will reach 1.6 billion in 2030 and 2 billion in 2050. By this date, the population of Africa will be greater than that of China and India, and three  times more than that of Europe. There will be more Nigerians than Americans. This  demographic growth is also accompanied by the birth of a middle class, with a significant purchasing capacity, making Africa one of the largest consumer tanks for the whole world.

This also explains the shift in the types of multinational corporations establishing themselves in Africa. Twenty years ago, the majority of multinational corporations were involved in the extractive industries, such as agriculture, mining, oil, and fishing. The primary goal was to extract and export raw materials to Europe, America, and Asia. Things have changed since then. Foreign investment now includes commercial companies with the goal of selling goods and services in the African market, which is a significant shift.

Unfortunately, Africa does not capitalize on its own potential. According to Trade Law Center statistics, intra-Africa trade peaked at 21% in 2015 and is expected to average 18% until 2019. In comparison to the EU, INSEE estimates that the Euro Zone accounts for more than 60% of intra-European trade. This figure demonstrates the inadequacy of intra-African trade. However, this situation is explained by the low level of industrialization in most African countries, as well as the proximity of these countries' product offerings. As a result, Europe and Asia continue to be Africa's primary partners. 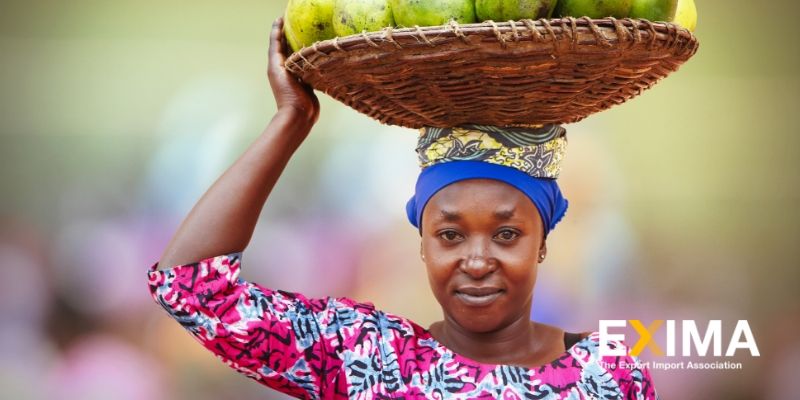 Correcting This Anomaly Thanks to the AfCFTA

The AfCFTA agreement, under which trade began in January 2021, aims to increase or even double intra-African trade by eliminating import duties and reducing non-tariff barriers. A study carried out by the UN Economic Commission for Africa focusing on the year 2030 indicates that the freight transported by ships would increase from 58 million to 132 million tonnes with the implementation of the AfCFTA.

The UNCTAD also estimates that the agreement could boost intra-African trade by around 33% and reduce the continent's trade deficit by 51%, according to a study published in November 2021. The AfCFTA is expected to increase demand for different modes of transport, including sea freight, which, in turn, will increase the need for investment in infrastructure and equipment - ports and ships in the case of maritime transport. The report also highlights the pressing need to fund and develop adequate transport infrastructure and services in Africa to support maritime connectivity and fully realize the benefits of the AfCFTA.

If the implementation goes as planned, Africa will be able to embark on a new phase of its economic development.

Found this article helpful? Check out our Media Page for more!

Trade agreements are necessary and provide many benefits to developing countries. Read our blog to find out how both the...

Selling to other businesses might require different tools and skillsets, but here are some B2B ecommerce marketing strategies...